Plenty of researchers are working on new ways to give robots a superior sense of touch. The Asynchronous Coded Electronic Skin (ACES) can give robots and prosthetics a sense of touch better than the human skin. It is made of up a network of sensors connected via a single electrical conductor. As the researchers explain:

ACES can detect touches more than 1,000 times faster than the human sensory nervous system. For example, it is capable of differentiating physical contact between different sensors in less than 60 nanoseconds — the fastest ever achieved for an electronic skin technology — even with large numbers of sensors. ACES-enabled skin can also accurately identify the shape, texture and hardness of objects within 10 milliseconds, ten times faster than the blinking of an eye. 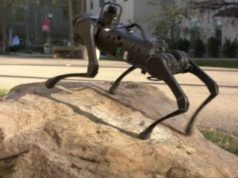 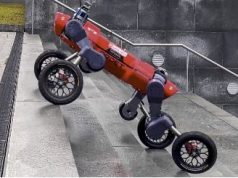 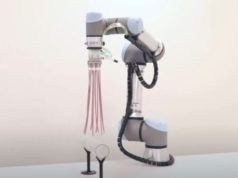 This Tentacle Robot That Can Grasp Fragile Objects 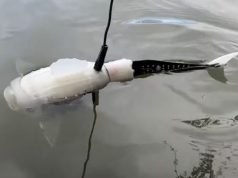 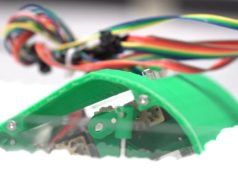 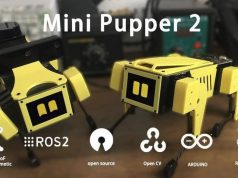